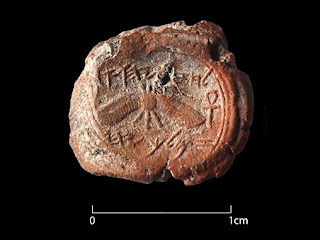 Refugees who fled the Assyrian army that had attacked the northern tribes of Israel arrived in Jerusalem only to swell its already burgeoning population. In the months following resettlement, their different religious practices immediately became abhorrent to the resident priests in Jerusalem's temple.  King Hezekiah acted to remove idolatry, centralize worship and focus the attention of his subjects on the task at hand, to strengthen the city. Hezekiah sent Eliakim the son of Hilkiah, and Shebnah and Joah to appease Sennacherib's generals, they obtained only temporary reprieve. He sent lavish gifts to Sennacherib, the Assyrian King hoping to stave off an attack, but it soon became apparent the Assyrian army would advance on Jerusalem.

During the reprieve Hezekiah was attributed with 6 decrees, the first three were considered good; (1) he concealed the book of healing because people, instead of praying to God relied on concoctions; (2) he broke in pieces the brazen serpent of Moses; and (3) he dragged his father's remains, instead of giving them an honorable burial. The second three, which were not good: (1) he re-directed the water of Gihon into the city; (2) he cut the gold from the doors of the Temple for a gift to Sennacherib; and (3) he moved Passover celebrations to the second month to meet the demands of northern refugees. Around this time Hezekiah fell gravely ill (Isaiah 38:6).

The king's stress was palpable, but we cannot imagine how that was exacerbated when workers, commissioned to strengthen the walls of the city and build watch towers stumbled across a discovery that shocked the king to his core (2 Chronicles 32:5). On the eastern slope of Mount Moriah @657m (above sea level), directly above the path, @634m of the water tunnel being constructed workers cleared rubble and stumbled upon the ancient, permanent temple of Beit-El carved out of the buried bedrock. As the king grappled with the discovery, its potential impact to centralized worship and its contradiction with Solomon's temple he went into a state of shock, infection took over the boils on his body and he began to die. He lamented, prayed and ordered the ancient temple to be sealed between a false wall that was filled with soft sand. Then the prophet Isaiah announced a miracle, the king was granted a 15 year life extension, following which the Assyrian invasion of Jerusalem collapsed.


Until Hezekiah, the general area of Beit-El in Jerusalem had been forgotten. Biblical reference was first made more than 1000 years earlier during the time of Abraham and again by Jacob, then nothing until Joshua. By the time King David arrived it's association with Jerusalem had mostly been forgotten. Commentators of the bible vary in their opinions, most refer to the later city of Bethel that was built by Jeroboam north of Jerusalem, but for some reason they are compelled to refer it back to Jerusalem. Some 67 years after Hezekiah, his great, great grandson King Josiah ordered The High Priest Hilkiyahu to remove idolatry from the temple and destroy it in the plains of the Kidron Valley. Hilkiyahu promptly carried out the mission and carried the smashed pieces to Beit-El (2 Kings 23:4) adjacent to the Kidron Valley where it's thought he deposited them in a pit behind Wall NB or Wall 3, discovered by archaeologist Kathryn Kenyon (see images below). This is the last time Beit-El of Jerusalem was accurately mentioned in Biblical texts. 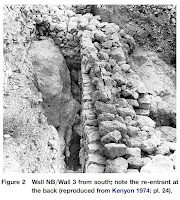 The ancient temple of Beit-El remained buried, untouched until it was re-discovered by Eli Shukron for the Israel Antiquities Authority in 2011. 2 Kings 23:4 is a proof text that resolves the mystery of Beit-El's original Shalem, Jebusite City, City of David, Jerusalem location. With this it establishes a new basis for archaeologists looking for its counterpart city Ai, which was to its east.

Posted by Kevin Bermeister at 3:24 PM