Hamas; the word originates as a Biblical term to depict the corrupt psyche of man in the period before the great flood of Noah. Back then, the world was filled with people who had become corrupt by an alternate reality antithetical to Noah's. Mans distinctive, irreconcilable, schizophrenic condition was settled by the events of the flood that eliminated all corrupt, alternate thinkers except one - Og, King of Bashan!

Bashan, approximately Syria's Damascus, was the kingdom where this mental corruption had become entrenched.  During the flood Og held onto the back of Noah's Ark, the protective righteous cocoon that heralded Noah's new world.  The remnant Og, survived the watery onslaught allowing him to cast Hamas's psychological shadow to a lineage that would once again rise to perpetuate a corrupt mindset.

Moral reality is corrupted by the Hamas nemesis, the alternative where jealousy, envy and incest promote twisted conduct into apathetic society. In the way that inbreeding first affects core family groups, Hamas spreads its warped morality to greater communities like an infestation that demands rapid replication and influence. There, Hamas preys on the socially inept who succumb to their doomed future.

Today's 'conduct unbecoming' by prominent society members exploits Hamas corruption only highlighting the incestuous nature of its millennial psychosis.  Its far reaching influence into the mindset of cultures and civilizations since Noah demonstrates its remarkable resilience. Those corrupted by it will almost always fail to understand or sympathize with the view of those who recognize and are destined to destroy it.

Governments, including of some of the most populous nations have fallen victim to the moral repugnance that is Hamas. Their frequent liberal leaning permits authority to tolerate those who rally to publicly bash the moral dogma central to their eroding conservative culture, a sure sign that Hamas has achieved its infectious goal.

In Noah's day, the high moral scepter passed to his son Shem who became the high priest of Salem, Jerusalem. Shem personified this new moral reality to which Noah subscribed. Shem, Malchitzedek, The Righteous. King, fully embraced the moral code that will eventually defeat the Hamas remnant. The Jewish lineage carried that righteous moral standard through Shem.

For the entire time Noah's Ark bobbed in the turbulent waters, Og was maintained on a thin wooden ledge. Then, around 400 years after the flood we find a transformed Og, King of Bashan who himself had reformed to become Eliezer, the trusted servant of Abraham the moral monotheist. But, the cat was out of the bag and to this very day, Israel and the world's nemesis, Hamas also masquerades as a mindset, a dark infusion that penetrates the moral clarity of Israel, nations and their leaders.

When you next read the words of media giants, diplomats, religious or lay leaders or posters to social media, stop and think whether or not they are corrupted by the Hamas effect. Then thankfully consider this 4000 year inbred mindset is finally being confronted by Israel's righteous heroes in Gaza. Oppose the Hamas ethic, be strengthened, wish Israel's soldiers, who fight for Noah's reality, good-luck, God speed and pray that the souls of the fallen will be heralded by you and your descendants!

Posted by Kevin Bermeister at 11:19 PM No comments:

The Dilemma of Jewish Sovereignty and Democracy. 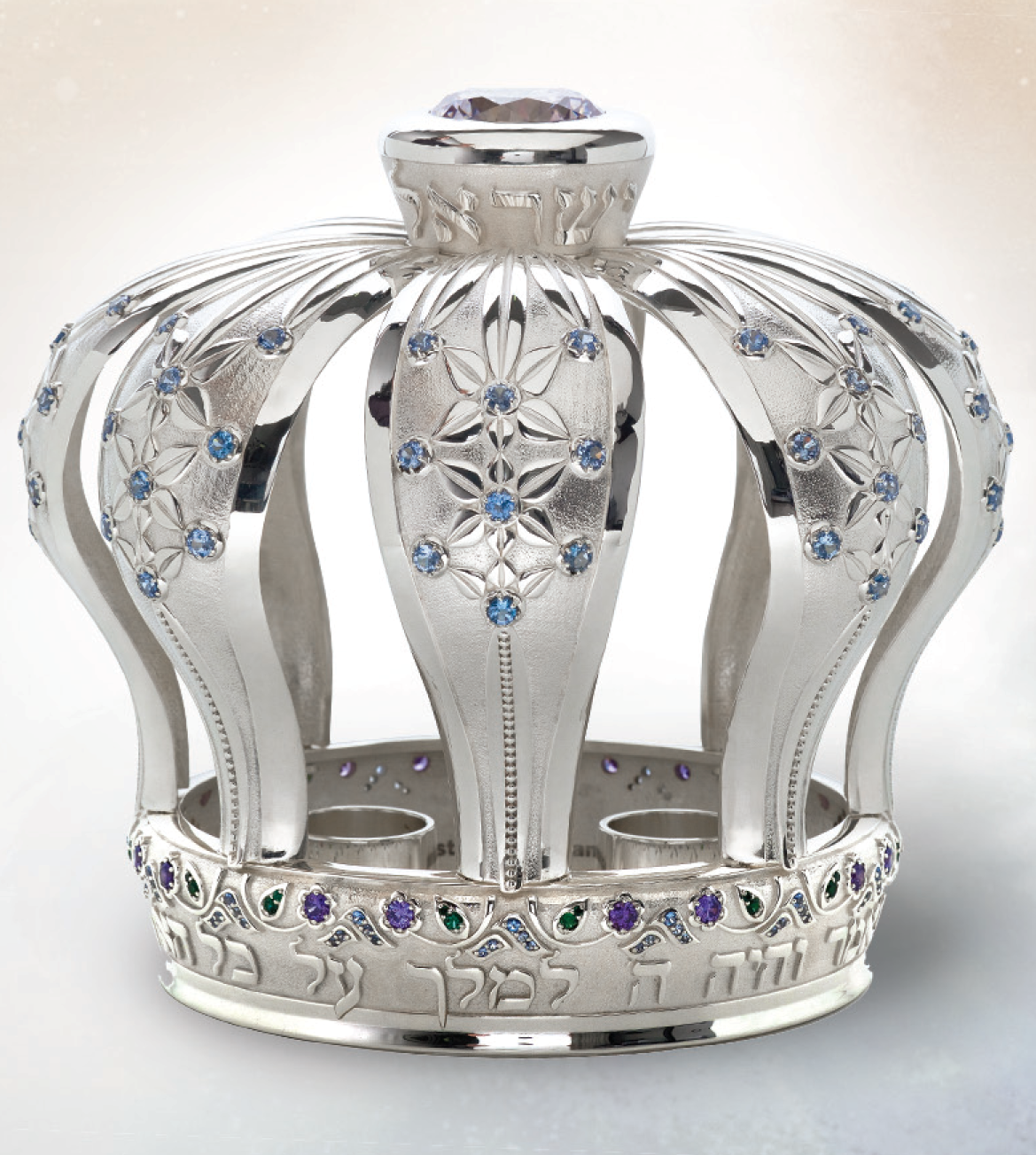 Intrigued about the future of Jewish sovereignty over Israel, an often controversial topic? Most Jews rapidly retort and support, often without any real understanding of its implication. They probably mean Israel should never fall into the hands of any non-Jewish group or nation that doesn't identify themselves as Jews. But, how can such an outcome be assured given the democracy Israel’s modern state claims in it’s Basic Law of 1948. Surely a democracy means that people living within a nation’s borders must enjoy an equal right to vote, if so how long will Israel hedge as it defines its borders?
This thorny question is most perplexing and often the root cause of extreme disagreement among Jews. Some of the most religious claim Israel does not require a state, that Israel is a spiritual concept defined in the psyche of its people and reliance on international law to define borders is meaningless and unproductive. On the other hand those that rely on Israel’s State law and its response to International Law focus on the physical definition of national borders as determined by the laws of consensus. The diversity presents the dilemma of a nation seeking a sovereign guarantee for their Jewish ‘democratic’ Israel.
Under the two-state-solution, once the dream of Israel’s President Shimon Peres and his supporters, Israel would have been divided into a Jewish and a non-Jewish state under the Palestinian Authority. However, the internationally sponsored idea has formally been felled by the election of Reuven Rivlin Israel’s new President who for the next 7 years will promote his vision, a unified state of Israel, a democracy in which all citizens have the right to vote. In the midst of the furor in the middle east, Israel will begin to grapple with the eventuality this single state poses to its Jewish ideal.
The pressure exerted on Israel to adopt the two state solution with a partner who is ill defined, ideologically opposed and does not accept Israel’s Jewish status will continue to be formidable. No matter which way Israel’s future population forecasts fall, the risk to Jewish sovereignty in a single democratic state is too much for the Israeli electorate to bare. However, giving up security control to an enemy occupying land, not presently annexed by Israel is daunting and impractical. The status quo can only last so long without Israel moving in one direction or the other, but the untenable advance of regional terrorism and rhetoric will be more alarming to Israel's Jewish electorate than the prospect of losing its Jewish majority in a future single state.
The question, who will guarantee Jewish sovereignty is fast becoming serious for the future state of Israel. Existing mechanisms within the states legal construct are limited, but there is one which I favor and which fully satisfies the essential guarantee of Jewish sovereignty. Comparative states to a Jewish Israel are the Vatican, Iran and the present possibility of an Islamic State. Although other states may identify themselves as religious, they do not base their constitution on a religion and swear behind it, most separate church and state. Jews also believe a Jewish state is necessary to avoid a future holocaust. The good news, is that there is a model that works.
Jewish sovereignty, guaranteed by national rabbinical representation in a Senate or Upper House of Israel’s government may be a confronting prospect to many, but the national benefits for all groups are presently misunderstood and overlooked. The majority of Israel’s Jewish secular or religious electorate presently participate in the religious services of a local synagogue. Municipally appointed Town Rabbis are periodically nominated by members of these community synagogues to represent their communal religious interests. Elected Town Rabbi’s[1] are self-motivated to empower their framework and elevate it to take its place on Israels national political stage. Parliamentary representation in a bicameral government of a single Jewish state may be difficult to comprehend, but societal change can often be orchestrated through grass root participation. Town hall meetings, community activity and representations organized by appointed Town Rabbis and leaders will be hallmarks that signify the success of this future movement.
Simultaneously, shifting governmental priority from its present emphasis on energy and technology to labor intensive domestic industry is essential to satisfy Israel’s growing constituent underclass. Political parties that prioritize development of sustainable industries capable of employing a significant portion of the unemployed and non-participating[2] workforce will benefit. Israel’s indigenous cultural prerogative, including for the optimal growth of tourism is a principle that will serve Jewish and non-Jewish population groups of a single state. As such this is directly tied, specifically as the means to develop skills[3], economic benefits and ultimately deliver financial re-distribution to the broader population.
Jewish objectors may struggle to digest such a prospect, a democracy that stacks its constitutional sovereign deck in favor of its religion. But, the importance of Jewish sovereignty looms so large that the mountain placed over Jewish heads will spur them to embrace  unexpected models inspired by their ancient past.
[1] http://www.geocities.com/savepalestinenow/israellaws/fulltext/jewishreliserviceslaw.htm
[2] http://www.financeisrael.mof.gov.il/FinanceIsrael/Docs/En/The_Israeli_Economy.pdf
[3] http://skills.oecd.org/supplyskills/documents/21abclabourforceparticipationbygenderandage2010.html
Posted by Kevin Bermeister at 5:39 PM No comments: